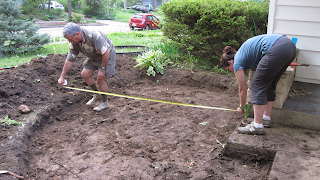 We built a patio of formed paver stones on a foundation of sand over compressed gravel. First we dug the foundation.
Once the 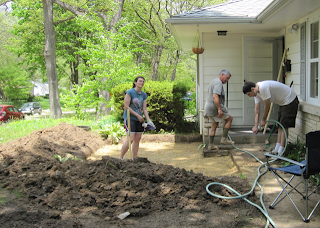 hole was dug, we installed the foundation made of compacted gravel.
Later, when sand and stones were delivered at the same time, the gravel was covered in sand.
Next, 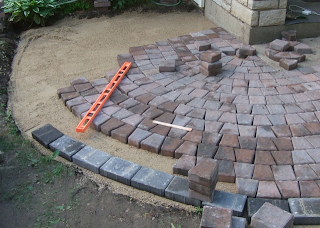 I laid the bricks.
The end 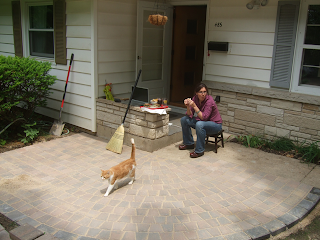 result looks very nice and adds a lot of curb appeal to our overall house. The patio is one part of a makeover to the front of my yard. Stay tuned for more projects: a natural-stone path across my yard leading to the patio and the front door; a path of paver stones around the right side of the house; new grass; and more!
Posted by Nicholas Keene at 9:52 PM