Today I used Simoniz Fixit to address scratches on my Jeep Liberty. Although it was not a perfect fix for old, deep scratches, I was overall impressed with the product. Please note that I am not affiliated with Simoniz in any way. The picture on the left is "before"; the picture on the right is "after". 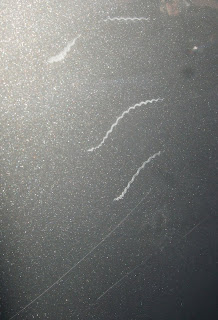 The following is an account of my true experience with Fixit.

Fixit comes in an applicator which resembles a pen in form and function. I bought one pen of the stuff on eBay because I did not need two pens plus all the free junk they offer you on the website. I just needed the product, and I picked it up for a few dollars.

My Jeep was scratched at some mysterious time between the day I bought it used, and one week later when I saw a matching trio of nasty looking scratches. I never figured out what caused the scratches, which have an unusual spiral pattern along their length. These were my primary goal. There were also another couple scratches, long and light and straight like normal scratches, right nearby; plus another few elsewhere on the Jeep. 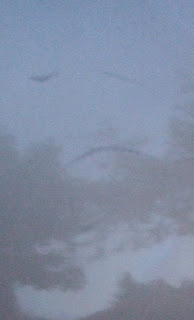 Also, a new scratch still has a nice clean shape without so many tiny pock marks which characterize a scratch which has been exposed to the elements. My scratches were at least one year old, and that year had seem some widely varied and extreme weather and driving conditions.

I did not bother to prepare or pre-treat the scratches. I simply wiped the area clean with a paper towel and used the Fixit pen. The instructions admonish to work quickly in the shade and wipe away excess product, which scared me sufficiently, leading me to wipe the area a few seconds after applying the Fixit. A few seconds is not long enough. I don't know how long is too long, but I was in the shade on a sunny day, and leaving the liquid in and around the scratch for a minute or two at a time gave me no problem removing the extra. It is important to allow enough time for some of the liquid to solidify down in the scratch itself.

I applied Fixit many times. I applied it, waited, wiped off the excess, and repeated the process, many times -- perhaps a couple dozen times. Some scratches probably take fewer applications, and there may be a better technique which allows results from one swipe, as shown in the commercials.

My results were good. My three big deep scratches were made substantially less visible, and some other scratches disappeared completely. The bottom line is whether Fixit worked, and particularly whether it worked well enough to be worth the cost. In my opinion, the answer is that Simoniz Fixit is definitely worth the small amount that it costs. It may not be perfect, and not all applications will be as easy as shown in the advertising, but I think it is a worthy product.

I miss Billy Mays. The world lost him too early. It is only because of my respect for him personally that I tried Fixit.
Posted by Anonymous at 8:56 PM