From time to time I get together with friends to have some fast food. I don't normally think most fast food is very good so I only seek it out when there is a newsworthy novel food item added to the menu. In the past we have tried the Taco Bell Doritos Locos Tacos, then after that we tried the Burger King Bacon Sundae and also once went and had a Double Down Sandwich From KFC.

Recently we returned to Burger King to try their vaunted Extra Long Cheeseburger. I would provide a link directly to the BK website, but their website is a mess of broken links. Some of the links aren't even links. I don't know how the site is supposed to work, but it sure as heck doesn't actually work. 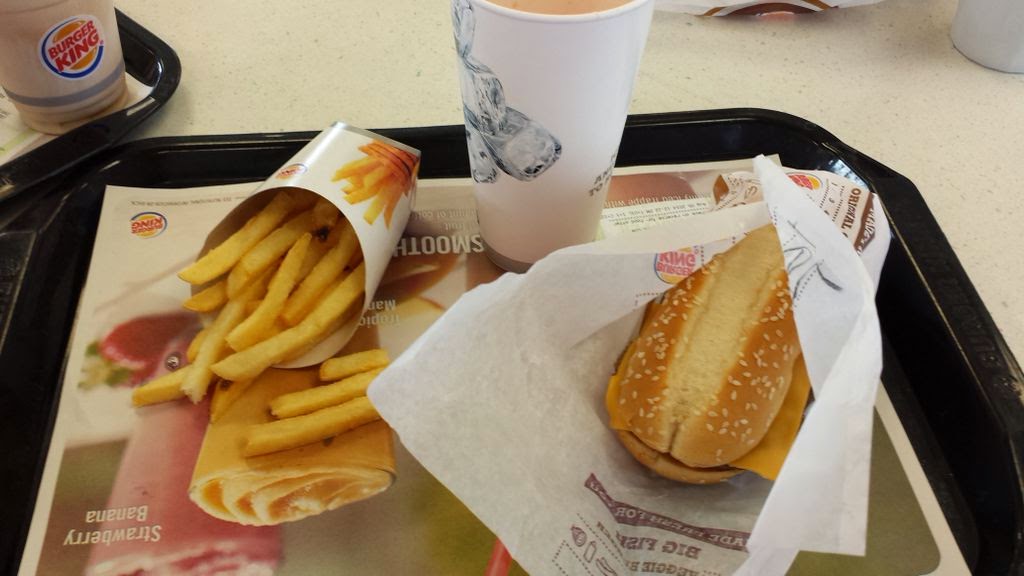 Our verdict was that the sandwich was unremarkable, no better than anything else at BK, simply a remix of buns, patties, and condiments already available in BK kitchens. For one, I was expecting an extra long burger, but there was no extra long burger, there were two regular small round burgers. The bun is nothing more than the bun that BK uses for its chicken sandwiches, emphasized by the fact that it even came in a wrapper that said the contents was a chicken sandwich.

By a wide margin the best part of the meal was the french fries. They were hot, thin, crispy, salty and delicious. The soda pop was the worst part. Why can't fast food restaurants offer, say, some juice instead of soda pop?

All in all I would not particularly recommend the now-in-quotes "Extra Long Burger", but I can say that it didn't make my gut angry for a day like the KFC experience did.
Posted by Nicholas Keene at 10:57 AM