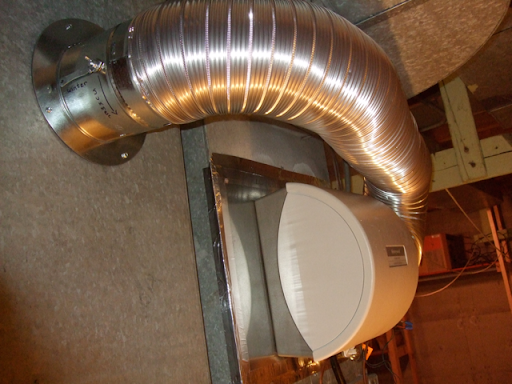 This old house came with a humidifier which was probably original equipment. It's not clear how many years it has been since it worked, but I knew from day one that I would have to replace it.
We chose a Honeywell HE220A Furnace Duct-Mounted Whole-House Humidifier. We also bought the associated, recommended Installation Kit, but only because I didn't realize that I didn't need it, and could (and did) re-use the installation lines from the previous humidifier. I used two pieces from that kit, which I could have bought for a few dollars individually, and the rest is waste.

Initially this installation task seemed daunting, perhaps above my ability level as an amateur, but when I thought about it I realized that every step would be very simple.

Of the home projects I have done so far, I am more satisfied with this one than most others. For one thing, I did it with extreme care, after some recent projects which fell too far short of perfection. That is why, when this installation was done, I was glad to have only two very minor mistakes I could point to:

Posted by Anonymous at 8:09 PM