Having recently purchased a home built in 1953 which has seen very few upgrades since construction was first completed, all the outlets in the house were old, dirty, yellow, ungrounded plugs. 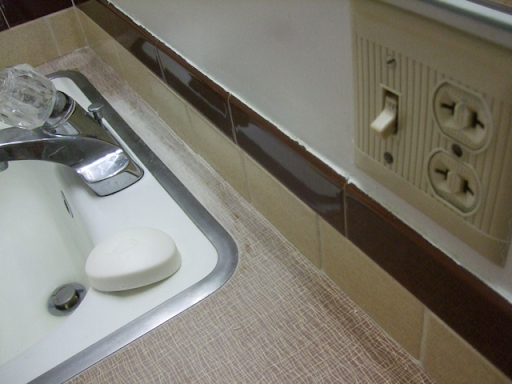 There were exactly two three-prong outlets in the house, but I discovered that one of those wasn't even grounded at all; the outlet had a ground plug hole, but it wasn't wired into the ground. Even outlets directly next to sinks were ungrounded, whereas today code calls not only for grounded outlets, but grounded GFI outlets. The refrigerator was plugged into one of those fakey adapters. Amazingly, even the one on the outside of the house was a plain, uncovered, rusted, loose two-prong ungrounded outlet!

Since I don't live in the 1950s, I (like most modern people) have the need to plug in grounded appliances. For me, any house I live in must have regular three-prong grounded outlets everywhere. Moreover, the house is getting a fresh coat of paint all over the walls, and we thought nice matching white outlets with white outlet 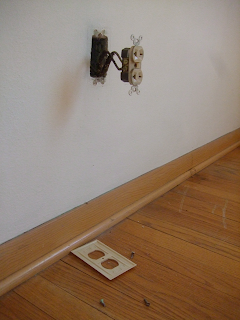 covers would look great and, together with the white ceiling, would pull the house together. To that end, all the light switches in the house would also need to be replaced with matching new white switches and covers.


I re-wired the outlets myself. I did every single one in the entire house, including the outside outlet, GFI outlets near sinks, and all the outlets in the basement. 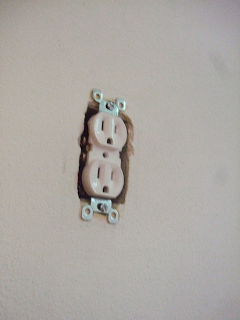 I also re-wired the switches, including two three-way-switch pairs (in the small bathroom and the hallway), and one four-way switch (in the kitchen). One complication was the fact that the electrical circuits did not correspond to the rooms of the house. For instance, of the six outlets in the living/dining room, two are one the circuit labeled "living room"; one is on "basement"; one is on "office/bathroom"; one is on "kitchen lights"; and the last two are on the "kitchen" circuit, which added the additional complication that the "kitchen" circuit is a 20-amp service!

Wiring GFI outlets required nothing more than making sure to connect the two wires to the correct two contacts, whereas normal outlets can connect to either pair. The hardest part was unwinding the big, old, sturdy copper wires from around their long-cleaved screws. 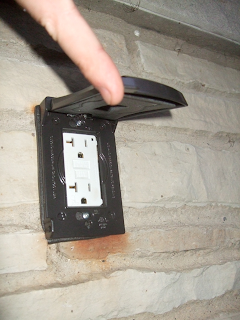 The outlets look great now and it's nice to be able to plug in any device anywhere with the protection of a ground and with GFI outlets near water. The outside outlet has a smart-looking glossy black cover.
Posted by Anonymous at 9:26 PM